Your place to comment and talk about the NFL Draft and all things related.
Post Reply
35 posts

VegasSkinsFan wrote:If we can (a) address the major needs in outside free agency and then (b) trade back a couple spots and add an extra 2nd rounder we would be in great shape. Lets say that (a) brings us Top WR, FS, LB and then we get that extra pick we would have 5 picks in the top 100. Add 2 OL, WR, TE, LB I think we would be pretty solid. Still gives you all of Day 3 to add depth.
Something like :
1 - OT Leatherwood
2a - WR Toney
2b - TE Jordan
3a - OG Brown
3b -LB Browning or RB Sermon even.

Defense is solidified - assuming Darby and Moreau are brought back
Offense now has a very solid OL, 3 playmaking WRs, 2 TE playmakers in Thomas & Jordan.
It will not all work out like that, but something to that effect is what we need.
A Heinicke or Allen can run this scheme with that talent.
Who knows, if we end up with Cowden, i wonder if he would want to bring Mariotta here??
Not advocating for Mariotta, just tossing out the possibility.

THANKS - that makes me feel a lot better ...

this site is very fortunate to have you ...
0 x
0 x
HAIL TO THE REDSKINS 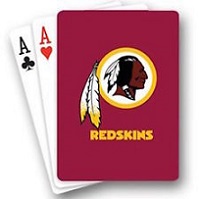 this site is very fortunate to have you ... 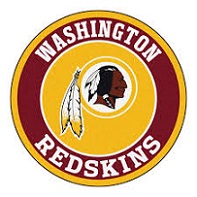 VegasSkinsFan wrote:Yeah that's a tough choice. Sewell is probably the best OT prospect i have seen since TW. Smith, despite his smaller size, is an absolute game changer. No way do I see either when we are on the clock, Pitts will be gone also. Harris and Etienne will most likely be, but i really hate thinking about drafting an RB in R1...but if we took Harris, i really wouldnt complain. At TE, Brevin Jordan would be my choice in R2 if he is there, otherwise Charlie Kolar in R3 is my choice. We need more Round 2 picks honestly. If i had to mock names at our first 4 picks with no trade backs and trying to guess who will be there , it's something like this :
1 - Leatherwood/Collins/Marshall OT-LB-WR
2 - Ford/Jordan/Radunz/Moehrig/Cox/Smith FS-TE-OT-LB-OG
3a - Gainwell/Kolar/Brown/Smith RB-TE-WR-OG
3b - Browning/Campbell/Brown/Newsome/Sermon LB-CB-OG-WR-RB

No real clue what i would do, but FS Paris Ford would probably be hard to pass in such a weak FS class...and he might not even drop that far. And who knows what the FA plan is.

IMO Sewell has the athleticism of TW and attitude, but not the run blocking.

Agree all these guys are gone before our pick.

Harris is a beast, but a total luxury pick. We don't even like to run the ball. Unless the scott turner offense is going to all of the sudden see balance I don't see the point. Frankly I am content with our RB roster.
0 x
0 x

silverspring wrote:IMO Sewell has the athleticism of TW and attitude, but not the run blocking.

Agree all these guys are gone before our pick.

Harris is a beast, but a total luxury pick. We don't even like to run the ball. Unless the scott turner offense is going to all of the sudden see balance I don't see the point. Frankly I am content with our RB roster.

Hard to judge Sewell on every aspect of being a LT mainly because his big season was at the age of 19. I also think part of it might be the more wide open PAC12 style? Even though TW played in the Big12, OK was always had that run-first mentality.

- yeah, no way are those i listed going to be there unless something really weird happens. Maybe a couple other QBs sneak up, maybe on the those on the list has a crappy combine/pro-day ?? But I'm probably sticking with the names i listed at least through next weeks Senior Bowl stuff before i update. And even then its all guesswork until we see the FA results.

- agree on Harris. I would like an upgrade over Barber though, and still really hope that Bryce Love can return. I'm probably 40% with both Love and Foster making healthy returns, but sure hope I'm wrong on that.
0 x
0 x

Return to “Chippewa All Drafting Tribe”

Users browsing this Washington forum: No registered users and 1 guest